Alex Foxen has won the 2019 World Poker Tour Five Diamond World Poker Classic $10,400 buy-in no-limit hold’em main event at Bellagio. The 28-year-old poker pro from Cold Spring Harbor, NY earned $1,694,995 for defeating a record-setting field of 1,035 total entries in this event, which was up from a previous high of 1,001 entries in 2018. Incredibly, Foxen had finished as the runner-up in this same tournament in 2017. He managed to battle his way back to heads-up play just two years later, and this time around emerged victorious with his first WPT main event title.

“It’s surreal – it’s kind of hard to put into words,” Foxen told WPT reporters after coming out on top. “It feels amazing. The last time I got to this spot I was a little bit disappointed in how I played heads-up. It’s just incredible to get the opportunity again and be fortunate enough to pull out the win.”

“Winning the WPT trophy in this event particularly is definitely the biggest thing to me. It’s the most significant tournament win to me so far. It’s awesome,' Foxen continued. '[The] WPT is probably the most prestigious tour besides the WSOP, and it just feels amazing to win this one because it’s just one of the biggest, toughest ones.”

In addition to the title and the money, Foxen was also awarded 2,400 Card Player Player of the Year points for taking down this event. This was his second title and 19th final-table finish of 2019. The huge score, made with just over a week remaining in the year, was enough to see Foxen climb into second place in the 2019 POY race standings, which are sponsored by Global Poker. With 7,134 total points and $5,687,955 in year-to-date earnings, Foxen currently sits just 210 points behind the current leader Stephen Chidwick.

The final day of this event with Foxen sitting in second chip position behind Danny Park with just six players remaining. Foxen was able to win a big hand against Park early on to supplant him atop the leaderboard. He furthered his advantage by scoring the first knockout of the day, with his 99 beating out the KQ of Jonathan Jaffe on a 101028J runout. The WPT champion was sent to the rail in sixth place, earning $355,125 for his deep run in this event.

Despite starting the day with the largest stack, World Series of Poker bracelet winner Danny Park was the next to be eliminated. During five-handed action he lost a preflop race with pocket three’s against Toby Joyce’s ace-king to fall to the bottom of the chip counts. Not long after that he got all-in with 1010 against the AQ of Joyce. Park remainined ahead through the flop and turn, but the Q on the river gave Joyce the superior pair and the pot. Park took home $465,780 as the fifth-place finisher.

Four-handed action continued for around ten orbits. Peter Neff had begun the day as the clear short stack, but had managed to stay afloat long enough to secure two pay jumps. Neff’s run came to an end when he shoved all-in from under-the-gun with KQ and got looked up by Seth Davies, who had picked up AJ on the button. The board came down A9768 and Davies hit a pair of aces to eliminate Neff in fourth place ($617,480).

With just three players remaining, Foxen had already begun to pull away from the pack. Following Neff’s elimination, he sat with over 25 million in chips for more than 120 big blinds, while Seth Davies and Toby each had around 35-40 big blinds.

Davies and Joyce managed to find a few double-ups through Foxen, but he still was the clear leader by the time the next knockout took place. Davies got his last chips in with A5, only to run into the AQ of Foxen. Davies was unable to come from behind and was sent to the rail with $877,285. This was the second-largest score of Davies’ career, and it brought his lifetime earnings to $7,693,891.

With that Foxen took more than a 2.5:1 chip lead into heads-up play against Joyce, who was looking to become the first-ever Irish WPT main event champion. He quickly built that advantage to more than 4:1 by the time the final cards were dealt. On the ninth hand of heads-up play, Foxen limped in from the button with AJ and Joyce checked his option holding J9. The flop came down J53 and Joyce checked. Foxen bet 400,000, only to have Joyce check-raise to 1,100,000. Foxen three-bet to 2,000,000 and Joyce made the call. The K on the turn prompted Joyce to check. Foxen moved all-in, having Joyce well covered. Joyce made the call, only to find he was in rough shape. The 4 on the river secured the pot and the title for Foxen. Joyce earned $1,120,040 as the runner-up finisher.

Here is a look at the payouts and POY points awarded at the final table:

The penultimate day of the 2017 World Poker Tour’s Five Diamond World Poker Classic is set for play on Sunday afternoon at the Bellagio in Las Vegas. After almost a week of play Sean Perry, the son of poker professional Ralph Perry, sits in the first slot on the leaderboard, but Ryan Tosoc (making his second consecutive WPT Five Diamond final table) and Mike Del Vecchio (who has been around the top of the leaderboard all tournament) in pursuit.

The final 18 players came back to the felt on Saturday to work to the final six. At the start of action on Saturday, Ajay Chabra was looking down at those in pursuit. It was quite a list of players in pursuit of him, with high stakes cash game player Lauren Roberts, ‘Big One for One Drop’ champion Dan Colman, Perry, Tosoc and Del Vecchio all arranged on the board behind Chabra. With plans to play until the final six were determined and the players decently stacked for battle, the players, floormen and rail all settled in for battle.

With the WPT “Action Clock” running on the tables (each player would have 30 seconds to make their decision unless they use one of their “time bank” chips to add another 30 seconds), the players wasted little time getting the chips moving. Chabra opened an early hand from under the gun, only to see Jerry Humphrey hammer all in over his bet. Chabra made the call and was behind, his Big Slick looking up at Humphrey’s pocket Aces, but the Q-9-J flop provided a bit of excitement. The Queen on the river and the nine on the turn, however, were less than exciting for Chabra as he sent a sizeable stack of chips to Humphrey.

The news wasn’t as good for another participant looking to make a move. Roman Korenev pushed out a bet and Foxen moved all in immediately following his bet. Korenev made the call once the action returned to him and it was the classic race, Korenev’s Big Chick (A-Q) against Foxen’s pocket fives. A 9-9-5 flop left Korenev basically drawing dead and, after a trey on the turn, it became officially drawing dead. After the meaningless river card was dealt, the chips were counted and Foxen was found to be the one with his tournament life on the line. It was a slim margin, however, as Korenev was left with only 2000 in chips after the count; he would depart on the very next hand.

After Satish Surapaneni was dispatched in 17th place, the players were redrawn to two tables. Chabra, who had been quiet to this point, suddenly came to life with a bet and a Tosoc call. Humphrey, looking to get in the game, pushed all in for around 500K in chips and sat back. In the big blind, Michael Ruane simply made the call but Chabra wasn’t content with that. He would move all in himself and force Tosoc and Ruane to a decision for their tournament lives. Tosoc got out of the way, but Ruane stuck around and made the call.

When the hands were turned up, it basically had played itself:

A monochrome 4♣ A♣ 8♣ flop hit, giving Chabra a set but giving Ruane a draw as his King was of the club variety. A J♦ on the turn left Humphrey drawing dead, leaving the remaining drama to Chabra and Ruane. Ruane had a momentary flash of happiness when he saw the river J♣ that gave him a flush, but it quickly disappeared when he realized it also gave Chabra a full house. In that one monster hand, Humphrey was out in sixteenth place, Ruane in fifteenth and Chabra sat on a 6.65 million chip stack.

The double knockout seemed to open the floodgates for the players to start hitting the rail. Colman was knocked out in fourteenth place by Foxen, while Perry would take down Day 3 chip leader Blake Bohn in thirteenth. By the time that Mel Wiener was eliminated by Tosoc on the unofficial final table bubble (tenth place), Tosoc and Perry were atop the leaderboard and driving to the final table.

There was the little factor of determining which three players wouldn’t be a part of the official six-handed WPT final table. First out was Ray Pulford, who felt confident pre-flop in taking his pocket Queens against Perry’s baby Ace (A♣ 3♣). His Queens were vanquished on the A-J-10 flop and he wouldn’t find a King (for a Broadway straight) or a Queen on the turn or river to depart in ninth place. Roberts fought valiantly in her effort to best her seventh-place finish in this tournament last year, but she was crippled by Del Vecchio’s quad deuces before leaving in eighth place courtesy of Chabra. With only one more knockout to ending the evening’s action, Del Vecchio delivered in taking down Daniel Zack, A-K versus A-Q, to send Zack out in seventh place and set the final six combatants.

Perry has the potential to be one of the youngest champions ever on the WPT. Turning 21 the very day the WPT Five Diamond began, he has a chance at a historic achievement that will be difficult to duplicate. With Tosoc and Del Vecchio in shooting distance and on his right (Del Vecchio) and left (Tosoc), he’s going to have to tread lightly (or get hit with the deck). It would be a mistake to count out Chabra or Kirsch, although they need a double to really get back in the action. About the only player who is a “long shot” is Foxen, who needs a lot of help to get his chip stack back to health. 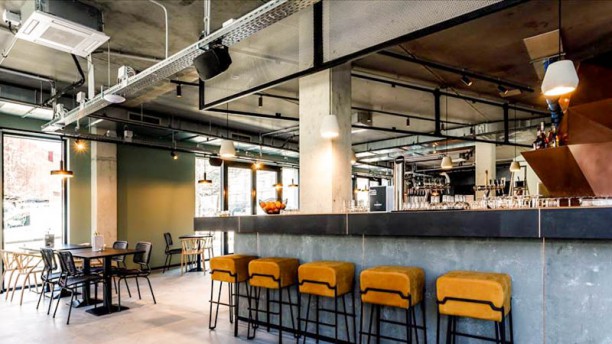 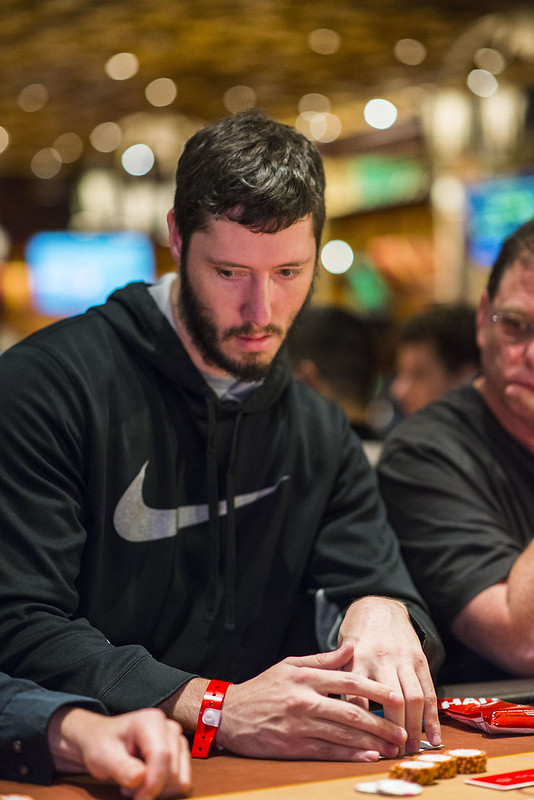 The final table of the 2017 WPT Five Diamond World Poker Classic will kick off at 4:30PM (Pacific time) this afternoon and can be viewed over the streaming network PokerGO. At stake for the players is the $1.958 million that will go to the eventual champion and the seat to the 2018 WPT Tournament of Champions next spring.