Training and Assistance: Groupe Casino offers assistance in virtually all phases of opening. Advisors are available to answer incoming franchisees’ questions as part of the project (choice of teaching, management and development of the concept store, initial training) as in the course of running the store (ongoing sales support, training) so.

Casino group has completed the sale to ALDI France of 545 Leader Price stores, 2 Casino supermarkets and 3 warehouses, for an enterprise value of 717 million euros (including an earn-out of up to €35 million).

After taking into account €34 million of net liabilities transferred with the stores, disposal proceeds reach €683 million of which (i) €648 million received today, and (ii) up to €35 million earn-out which will be paid in the event of compliance with certain operational indicators during a transition period.

Furthermore, Casino group may sell additional Leader Price stores in the short term to ALDI, for an amount of up to €11 million.

The agreement includes a transition period, running throughout 2021, during which the Casino group will manage the day-to-day operations until the stores are progressively converted to the ALDI banner.

Casino group remains the owner of the Leader Price brand and will continue to operate it in France and internationally, under certain conditions agreed with ALDI. The Group will keep its profitable wholesale activity for 200 Leader Price franchise stores, and external or internal clients (Franprix, Casino Géant and Casino supermarkets).

This sale follows information and consultation with the employee representative bodies, and the approval of the French Competition Authority which was provided on November 17th, 2020. It brings the total amount of completed non-strategic assets disposals to €2.8 billion since July 2018.

Jean-Charles Naouri, Casino group’s Chairman and CEO, said: “I want to thank all of our employees in stores and warehouses for their work and commitment, and I wish them every success in their future activities within ALDI group. The sale of Leader Price to ALDI a major player in the discount retail segment, is fully in line with the Group’s transformation plan which was launched in 2018. Casino group will now fully focus on its most buoyant formats, e-commerce, premium and convenience, and on its new high-growth energy and data businesses.”

This press release was prepared solely for information purposes, and should not be construed as a solicitation or an offer to buy or sell securities or related financial instruments. Likewise, it does not provide and should not be treated as providing investment advice. It has no connection with the specific investment objectives, financial situation or needs of any receiver. No representation or warranty, either express or implied, is provided in relation to the accuracy, completeness or reliability of the information contained herein. It should not be regarded by recipients as a substitute for the exercise of their own judgement. All the opinions expressed herein are subject to change without notice.

It is France's second-biggest supermarket operator and, having traded for the last 121 years, a familiar sight in most of the country's towns and cities.

Groupe Casino pioneered France's first own-brand labels, its first self-service supermarkets and its first supermarket cafeteria. Its sports and social club even evolved into AS Saint-Etienne, one of France's most famous football clubs, whose stadium bears the name of the company founder Geoffroy Guichard.

Yet the company, which employs more than 225,000 people around the world, is going through a tough time. Its parent has had to seek bankruptcy protection while shares of Casino itself have fallen by a third since the beginning of March. The stock has been, for several years, the most 'shorted' on the French stock market, which is to say, investors have been betting on further price falls.

So how did Casino get into this mess?

The main problem is the complex - and heavily indebted - company structure in which Casino sits. This was the creation of Jean-Charles Naouri, the 70-year-old chairman and chief executive of Casino, one of France's richest men, who is regularly described as the 'godfather of French retail'.

Mr Naouri, the Algerian-born son of a doctor and a schoolteacher, has for more than three decades been one of the country's best-connected individuals.

He was marked out for greatness at an early age, first attending the prestigious Ecole Normale Superieure, a higher education establishment whose alumni include the legendary microbiologist Louis Pasteur. He followed this by attending the equally-prestigious Ecole Normale d'Administration, where no fewer than four French presidents studied, including Emmanuel Macron, along with scores of France's leading business people.

On graduating, Mr Naouri began his career in the finance ministry, working for Pierre Beregovoy, who went on to become prime minister. He then moved to the private sector with Banque Rothschild before, in 1987, setting up an investment fund called Euris.

The business accumulated shareholdings in a number of leading companies and made a name for itself in a number of big takeover battles in France and beyond. These included one of the first instances in Britain of a so-called 'leveraged buy-out', a takeover funded largely with borrowed money, backing the Isosceles consortium in its £2.2billion debt-fuelled takeover in 1989 of the Gateway supermarket chain.

This troublesome experience - Isosceles, which came close to collapse, remains a dirty word to those still working in the City who remember it - did not put off Mr Naouri from grocery retailing. In 1992, he engineered a merger between the Britanny-based supermarket operator Rallye with Casino, in which the descendents of Mr Guichard owned a near-27% shareholding. The deal created the second-largest food retailer in France after Carrefour. Over time, Mr Naouri was able to consolidate his grip over the company by, for example, selling it various property assets owned by Foncière Euris in exchange for shares in the business.

He also helped steer Casino's takeover in 1997 of the Franprix convenience store chain and the Leader Price discount format and, following a bid for Casino from the rival Promodes chain that year, took control of the business by successfully posing as a 'white knight'. He became chief executive of Casino in 2005 after unceremoniously ousting his predecessor, Pierre Bouchut, building it into a global company whose operations also span Brazil, Vietnam and Colombia.

And with this structure has come problems. They began when, at the end of 2015, a US firm called Muddy Waters, which specialises in highlighting the difficulties of companies whose shares it regards as ripe for short-selling, published a report in which it accused Casino of financial engineering. It led investors to liken Casino's company structure to that of a wedding cake. 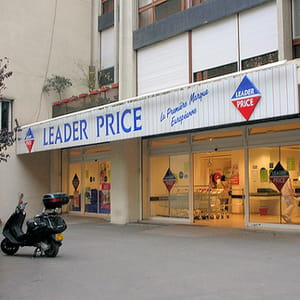 The problem was that each layer of the cake was not only indebted but was required to continue paying dividends to help the layer above service its own debts. So, for example, Rallye became dependent on dividends from Casino but, in turn, needed to pay dividends itself to support Foncière Euris higher up the cake.

Mr Naouri fought off the doubters in 2016 by raising more than €4bn by selling Casino's assets in Thailand and Vietnam.

However, by the middle of last year, Casino was not only facing financial headaches. As in the UK, competition in the French grocery sector has intensified, with established domestic players like Casino, E Leclerc and Carrefour having to focus more on discount brands to take on the 'limited assortment' German operators Lidl and Aldi.

There has also, as with Britain, been a move away 'big box' hypermarket-style stores towards local and convenience formats. Nor have the likes of Carrefour or Casino been able to compete, as their British peers have, by taking a hit to their margins and selling some items at a loss to attract shoppers.

The French Ministry of Agriculture has just introduced new rules more or less banning 'buy one get one free' style offers and imposing a minimum 10% profit margin on all items of food and drink which prevent the grocery multiples from selling items at close to or below cost price. The idea was that, while shoppers would pay more for their groceries, the extra money would find its way to France's hard-pressed farmers.

That intensification of competition in the French grocery sector has renewed doubts about Casino's health and, last year, sparked a 30%+ fall in Casino's shares. Because some of those shares had been pledged as collateral for loans made to other companies in the wedding cake, it started to raise concerns about the ability of those companies to refinance their debts when they fell due. Those debts currently stand at around €2.7bn for Casino and a further €2.9bn at Rallye.

Mr Naouri is fighting back. Obtaining bankruptcy protection for Rallye last week bought him six months to carry out a restructuring. The first impact of that was felt today when Casino decided against paying a half-year dividend to shareholders in order to conserve cash.

But the ultimate outcome for Casino - whose debt is now rated deep in 'junk' territory - looks like involving finding a buyer for Rallye's stake in the business - e-commerce giants Amazon and Alibaba have both been mentioned - or for creditors to convert part of their debt into new shares in the business. Either eventuality would, in all likelihood, bring to an end Mr Naouri's control of this venerable old business.