This article is to help with the very basics of poker, specifically checking, opening, raising, re-raising and folding. If you know almost nothing about poker. The thought of playing has crossed your mind for whatever reason, but you don't know anything about the game. At first, the thought of raising may sound scary, as will knowing how to fold.

To make a play (check, bet, call, raise, or fold) at the required time, compare to in turn. Acting out of turn A player in poker that either announces their actions or physically plays before their turn (checks, folds etc). Sometimes players act out of turn intentionally to get a read out of other players. 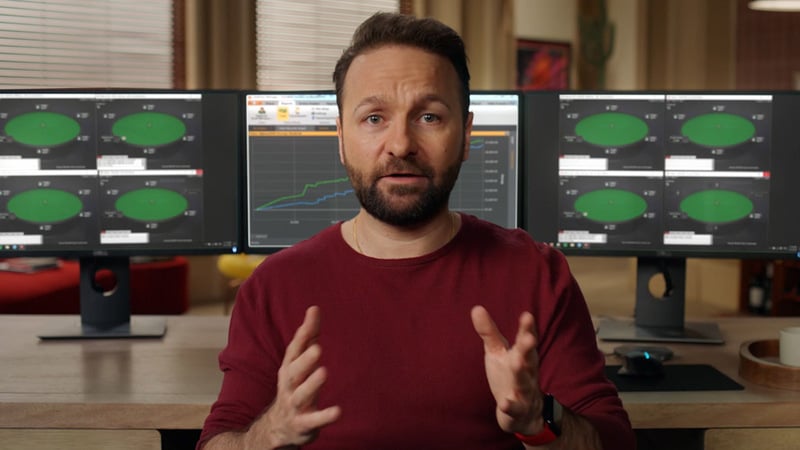 Checking is what one does if they wish to pass the action to the next player, but keep their cards. Checking gives one the option to raise, call, fold or even check again later on in the betting round. When one checks, they do not have to put anything into the pot unless they are playing in a game with a big blind and/or a small blind. If the action is checked to a player in the blinds, they have the option to check or raise.

The universal sign for checking in poker is to tap the table with one's hand.

Opening is what one does when they are essentially starting the round of betting in a poker hand. When one opens, it has either been checked to them or they are the first person to act. Many new players say 'raise' mistakenly in this situation, where the standard should be to say 'bet' or 'open.' Players that open will subsequently be faced with either a call, raise or folds from the other players at the table.

Calling is the mechanism used to call a bet. This is essentially matching the amount that has been put in by another player in the form of a bet or a raise. If nobody calls, the hand is over and the uncalled player wins the hand. If the hand makes it to the last round of betting, called the river, and Player A bets and Player B calls, then it goes to a showdown and the best hand wins.

Raising is the action one takes when they want to increase the opening bet. After raising it up, one will have to deal with either a call, fold or re-raise from the other players in the hand. Raising is associated with either having a strong hand or trying to win the pot on the spot with a well timed bluff.

Re-raising is exactly what it sounds like. It is the action of increasing a raise already put in by an opposing player. If there are three players in the hand and Player A opens, player B can raise that bet. At this point Player C or Player A can choose to re-raise when the betting action gets back on them. When faced with a re-raise, players have the options to call, fold or re-raise again.

Folding is the act of ending participation in a hand. No more bets are required to go into the pot by someone once they fold. Players can fold when it is their turn to act and they do not wish to continue. Most poker players do lots of folding preflop. The act of folding the cards themselves involves tossing them face down towards the dealer, who will put them into the muck (pile of folded cards).

This strategy column, and many like it, are featured in every issue of Card Player magazine. Subscribe today to get 26 issues delivered to your home each year!

While playing $20-$40 limit hold’em, you pick up the Q Q in middle position. You open-raise, the button three-bets, and you go to the flop heads up. The flop comes 10 7 3. You check, and, as expected, the button bets.

You figure that he has a pretty wide range here, including several pocket pairs, A-K, A-Q, and perhaps some occasional whimsical adventures. You decide to check-raise, for several reasons:

• You are way ahead of most of his range.

• You are out of position, which normally means that you have to take some chances to gain full value from your hand. If you just call here and check the turn, he will often just take a free card, and you will fail to profit when you are ahead. You want him to pay to draw out.

• Of course, you also may be behind, in which case you will most likely be three-bet, or raised on the turn. At that point, if it happens, you will have to assess your opponent and make a decision about whether to continue.

He calls your check-raise, and the turn is the 3. This seems to be as good a turn card as you could hope for, and you bet. He calls.

You probably are thinking, “No ace, no king, no ace, no king,” when the dealer burns and turns the A. Now what? If your opponent has a dreaded ace, you are going to lose. Your first thought is probably to check and call. But what if, instead of an ace, he has pocket jacks or even a loose hand like K-10 suited? He will probably check it back, and you will lose the chance to gain a bet from a crying call. You want to win those bets when they are available.

If you bet, however, he might raise. Then, you could lose two bets if you call, and kick yourself for not checking. Or, you could fold, in which case you lose if he was making a bluff-raise.

The right answer depends (surprise!) on how you assess your opponent. Against most opponents, who are reasonable, straightforward to bet, and if raised, fold. Very few opponents are capable of making a bluff-raise here. You already have shown considerable strength, the pot is fairly large, and he should be expecting a call. Plus, you bet fearlessly, which has to alarm him. After all, unless he has one, the ace should scare him as much as it does you.

However, some opponents are highly creative, and may be capable of making just such a bluff. Luckily, they are also the ones who will probably put in a bluff-bet if you check, hoping to convince you to fold. Against one of them, check and call. In the long run, you probably will pick off enough bluffs to offset the bets that you may lose by not betting when you have the best hand.

This choice — bet and fold to a raise, or check and call — comes up often when you are heads up and out of position on the river. You have a good hand, but the river card may have beaten you. You don’t want to give up the calls when you are ahead, but also don’t want to lose two bets when you got unlucky. Against average opponents, bet and fold to a raise. Against tough, tricky opponents, check and call.

Think through these two choices before you act. Avoid the other two: betting and calling the raise, or checking and folding. Remember, by checking, you are often inviting even some usually honest players to attempt a bit of larceny, or to somehow think their second-best hand is good, so you have to make that river call.

Another example: Later in the same game, you happily see red aces in early position before the flop. After one fold, you open-raise, and get four callers: a middle-position player, the button, and both blinds. The flop is 9 7 4. So far, so good. The blinds check, you bet, the middle-position player calls, and the button raises. Both blinds fold, you three-bet, and the other two players call.

The turn is the J. This makes a straight if either opponent started with 10-8, but you can’t worry about that. You bet, the middle position player folds, and the button calls.

The river is the disappointing 2. Was the button raising for a free card on the flop with a flush draw, or does he have a hand like 10-9 or even J-10, which flopped a gutshot with two overcards? If he has the flush and you bet, you will probably get raised. And, of course, you have pocket aces, and it is tough to lay them down. At least if you call, you can show them, and everyone can see how unlucky you were. Despite this pity factor, you should, of course, quietly fold to the raise.

All of this should not affect your primary choices. Against most players, bet, hoping to pick up a call from a smaller pair. Against tough, tricky players, check and call, hoping to pick off a bluff. Don’t forget that you would have made the same series of plays with the A K, so the flush card on the river can look as scary to your opponent as it does to you.

But what if you don’t know the players? First, you should always have some idea of how everyone plays, even if you just watched one round before posting to play. But worst case, it is always safe to check and call, even though you may have lost a bet if it goes check, check. I hope that this is an unusual default position, because betting is far more profitable against most players.

Conclusion: Bluff-raises on the river are very rare at almost every level of play, but calling river raises is quite common. After all, the pot usually is large, it costs only one bet to call, and limit poker doesn’t reward heroic river lay-downs. Nevertheless, you ought to be able to assess your opposition well enough to understand who is capable of making huge, expensive, and generally unsuccessful bluff-raises, and who is not. Play accordingly, and you will collect all the bets you are entitled to, while not losing extra ones.

Barry Tanenbaum is the author of Advanced Limit Hold’em Strategy, and collaborator on Limit Hold’em: Winning Short-Handed Strategies. Barry offers private lessons tailored to the individual student. Please see his website, www.barrytanenbaum.com, or write to him at [email protected]